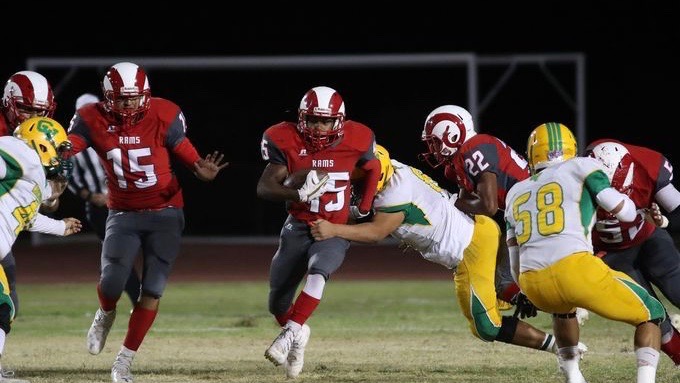 Manny Ridge was the surprise of the football season around the valley, becoming the first local tailback to break the 2,000-yard mark since 2014. Ridge was forced to sit out an early regular season game due to injury, yet still managed to rush for 2,197 yards on 368 carries for 17 touchdowns. The junior was the Rams' only true offensive weapon, but opponents struggled mightily to stop him – even the De Anza League champs Coachella Valley, who nearly lost their regular season finale when Ridge rushed for 327 yards and three scores. He was named First Team All-De Anza League.